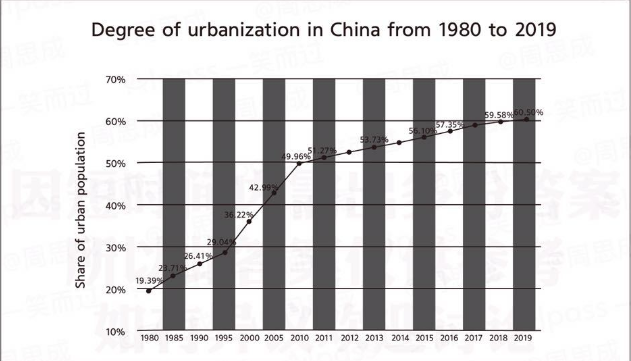 Directions: For this part, you are allowed 30 minutes to write an essay based on the graph below. You should start your essay with a brief description of the graph and comment on China's achievements in urbanization. You should write at least 150 words but no more than 200 words.

The possible reasons accounting for this phenomenon are listed as follows. First, the vast majority of urbanization has implemented a strict household registration system, which sets a high threshold for migrant workers to enter the city. Second, some cities have adopted a series of laws and policies to restrict the quality of migrant workers and keep most farmers out of the city. These reasons have led to a slowdown in urbanization.

To sum up, If China wants to speed up urbanization, its government can reform the household registration system, optimize the industrial structure and create more job opportunities. In this way, the urbanization process can be accelerated.

Considering all these, I believe that we should take a reasonable attitude toward higher education. In conclusion, from my point of view, such a phenomenon is positive and acceptable.